FACT’s training and development program’s purpose is to respond to the current needs of inspectors and organizations, providing extensive opportunities for all skill levels in all corners of the world. Recognizing that education is as important as standards and accreditation within FACT’s mission to promote quality in cellular therapy, the office has welcomed Roxanne Alter, M.S., MLS (ASCP)cm as the Director of Education. 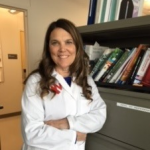 Roxanne received her Bachelor’s Degree from the University of Missouri at Kansas City and continued her education in the Medical Technologist Program at Research Medical Center in Kansas City. She worked as a medical technologist in Blood Bank and Hematology for several years. In 1985, she took a position at UNMC working for Dr. James Armitage in the Autologous Bone Marrow Transplantation designing a laboratory to evaluate products for transplant. She received her Masters of Science Degree under the direction of Dr. Dennis Wiesenberger publishing the thesis “In-Vitro Clonogenic Monitoring Peripheral Blood Stem Cell Collections following Interleukin-3 administration.” Ms. Alter was offered a faculty position as an Assistant Professor in the School of Allied health, designing curriculum and evaluating educational outcomes for Medical Laboratory Scientists and other health professionals. After twenty years in education, she became the Nebraska State Biosafety Officer and inspected clinical laboratories across the state. Roxanne Alter has a wealth of experience, which will serve her well in her new role as Director of Education.

FACT-accredited organizations continue to grow by number, geography, and complexity. To maintain and build upon the support provided by FACT since its inception 23 years ago, the office has welcomed three talented individuals to the accreditation office.

Nicole Gallardo joins FACT as an Administrative Associate. Originally from Germany, Nicole completed Vocational Training in Wholesale and Foreign Trade in Bremerhaven, Germany in 1992. Shortly after, Nicole moved to the United States and worked at the Richdale Property Management Group as an auditor. In 2007, Nicole accepted a position at UNMC’s College of Pharmacy as an Office Associate where she worked until joining the FACT team in the summer of 2018. In 2015, Nicole graduated from the University of Nebraska – Omaha (UNO) with a certificate in Public Management, and in May 2019, Nicole will graduate from UNO with a Bachelor’s Degree in Multidisciplinary Studies with a concentration in General Administration, a milestone accomplishment. 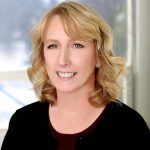 Sue Peters joins FACT as an Accreditation Coordinator. Sue is an ASCP certified Medical Laboratory Scientist, with extensive experience at the clinical microbiology laboratory at Nebraska Medicine, where cultures from cellular therapy products are performed, as well as cultures from transplant patients. She has also worked in the Microbiology/Molecular Department at the Nebraska Public Health Laboratory, where she gained experience in identifying strains of influenza, foodborne pathogens, and bioterrorism organisms. There, she also had the unique experience of working in the Biocontainment Unit with Ebola patients. Sue then transitioned to the role as an Infection Preventionist at Nebraska Medicine, and from there as a microbiology supervisor at a biotechnology company before joining the FACT team in October 2018. 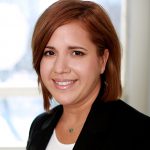 Elda Nazario joins FACT as an Accreditation Coordinator. Originally from Sabana Grande, Puerto Rico, Elda attended college at the Interamerican University in Puerto Rico, and graduated with a bachelor’s degree in Biology in 2002. In 2007, Elda graduated from Medical Technology School and worked as a Medical Laboratory Scientist in Puerto Rico for approximately ten years. In 2016, Elda moved to Omaha, Nebraska and worked as a Medical Laboratory Scientist at the Nebraska Medicine Laboratory at the Oakview Medical Building, and in October 2018, Elda accepted a position at FACT. As a fluent Spanish-speaking Accreditation Coordinator, Elda will be integral to FACT’s initiatives in Latin America.