We are saddened to share the news that Dr. Bill Vaughan, a previous FACT Board member and friend to many in cellular therapy, passed away on January 24, 2022. The following obituary was published by The Birmingham News from Jan. 25 to Jan. 30, 2022: 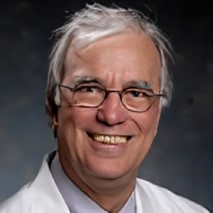 “Dr. William Perry Vaughan (Bill) of Birmingham, Alabama died Monday, January 24 at the age of 75, after a prolonged battle with Alzheimer’s Disease. Bill was the son of Eric and Dorothy Vaughan of Bristol, CT and brother to Edward Henry Vaughan, Nancy Vaughan Moehl and Peggy Vaughan Seidel (Glen). Bill is survived by his loving wife Cara, his children Frances (Tim), Hannah (Kevin), Joseph, Perry (Leigh Anne) and the mother of his children, Esther Drury Vaughan. He is also survived by three stepchildren, Philip McDaniel (Cora), Luke McDaniel (Temeka) and Matthew McDaniel. He was a proud grandfather of Gus, Nate, Alice and Jane, as well as stepgrandfather to Ayden, Alexis, Coralei, Raylan and uncle to many cherished nieces and nephews. In addition to the family, many dear friends, patients and esteemed colleagues grieve Bill’s loss. Bill was a proud Eagle Scout, attending the National Boy Scout Jamboree in Colorado Springs, Colorado in his teens which set the foundation by which lived his life in demonstration of faith and in service to others. He worked as camp staff for Boy Scouts of America and American Baptist Churches of Connecticut. In his early years, Bill trained in timpani with the chief percussionist of the Hartford Symphony Orchestra. Bill played varsity tennis at Bristol Central High School, a hobby that he enjoyed through midlife. Dr. Vaughan was passionate about his work. His dedication and expertise when practicing, teaching and mentoring benefitted and inspired many. Throughout his career, he advocated for patient-centered care and the highest ethical standards in practice. Dr. Vaughan’s academic journey began with the attainment of his BA in Biochemistry from Rice University, followed by the completion of his Medical Degree in 1972 at the University of Connecticut, as a member of the inaugural class. Following his residency at the University of Chicago and his fellowship at the Johns Hopkins University Medical Center, he spent 8 years as a Hematologist/Oncologist at the University of Nebraska Medical Center where he co-founded the Transplant Center. In 1991, Dr. Vaughan was recruited to the University of Alabama at Birmingham (UAB) to establish a bone marrow transplant program. Until his retirement in 2013, Dr. Vaughan held several prestigious positions at UAB and the Comprehensive Cancer Center including Associate Director for Clinical Research, Associate Director of Clinical Affairs, Professor of Internal Medicine & Pharmacology and Director of the Cell Therapy & Transplantation Program. He is widely recognized for his extensive work in improving the safety of bone marrow transplantation, cancer pharmacology and cell kinetics. During his time at UAB, Dr. Vaughan was one of the founding members of the Foundation for the Accreditation of Cell Therapy (FACT), an organization dedicated to the promotion of quality medical and laboratory practice in the field of hematopoietic stem cell transplantation. He also served on their Board of Directors. In 1996, he received his MBA from the University of Alabama and was awarded a distinguished Fellowship with the American College of Physician Executives in 2003. Dr. Vaughan was also highly regarded for his exceptional consulting work advising academic Medical Centers on how to improve their efficiency and effectiveness and provided expert testimony in cancer-related litigation. Board Certified in Internal Medicine and Medical Oncology by the American Board of Internal Medicine, Dr. Vaughan was a member of many professional societies and organizations. He was especially proud of his long-term association with the National Comprehensive Cancer Network (NCCN), beginning in 1996 and ultimately retiring from the Board of Directors in 2014 as the Chairman of Bone Marrow Transplant Guidelines. In recognition of his outstanding performance in the field of hematology and oncology, he has been featured in the Leading Physicians of the World, which is a premier publication of the International Association of Health Care Professionals (IAHCP). An editorial reviewer for multiple medical journals and author, Dr. Vaughan has published 106 articles, 27 book chapters and more than 175 peer-reviewed abstracts. Dr. Vaughan’s love of travel and desire to advance cancer research led him to accept invitations for international visiting professorships on many continents including the Cancer Institute of Madras (Madras, India), the Christian Medical College (Vellore, India), the Columbian Society of Clinical Oncology (Bogata and Cali Columbia), and the European Society for Bone Marrow Transplantation (Paris, France). Bill loved rose gardening and considered cooking a creative outlet. He shared the beauty of his hybrid tea rose garden generously with nurses, staff, family and friends. His kitchen experiments were inspiring, and he loved nothing more than a superior meal, a full glass of red wine, a mean game of Scrabble and a philosophical debate with family and friends. The family thanks the nurses and staff at Kirkwood By the River where Bill spent the final chapter of his life; they approach their work with the same dedication and skill as Bill and it is so appreciated. In lieu of flowers, the family requests donations be directed to the William P. Vaughan, M.D. Hematology and Cellular Therapy Endowed Research Fund at UAB. Online: https://go.uab.edu/WilliamVaughan Or via mail: UAB Attn: Gift Records 1720 2nd Ave S, AB 1230 AB 1230 Birmingham, AL 35294-0112 Memo: William P. Vaughan Endowed Research Fund Friends and loved ones will be notified of plans for memorial services when they are available.”